At precisely 12:02 pm, a century ago this September 16th, a massive bomb exploded on Wall Street in New York.  Just before noon, a wagon, driven by person unknown, parked on the curb beside J. P. Morgan at 23 Wall Street. A fuse was lit and moments later 100 pounds of dynamite went off sending 500 pounds of cast-iron sash weights slicing into the lunch crowd. The blast was so powerful it derailed a streetcar a block away and sent shrapnel soaring to the 34th floor of the Equitable Building. Thirty-eight people were killed instantly and 143 sustained injuries. The only bit of good luck was the survival of Joseph P. Kennedy, father of John Fitzgerald Kennedy, Robert F. Kennedy and Theodore “Teddy” Kennedy. Joseph P. Kennedy was only lifted off his feet by the blast. Had the blast comes seconds later, American history would have been changed substantially. The case was never solved. BUT, it has been speculated by historians – and his own relatives – that the perpetrator was an Italian anarchist by the name of Mario Buda. Here is the composite of the bomber beside Buda.  Buda died in Italy in 1963. 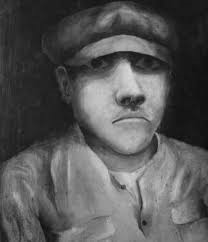 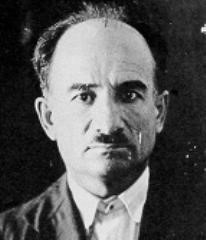