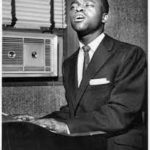 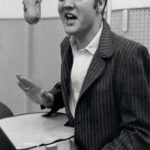 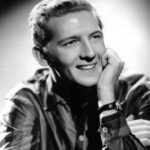 Two of the best known singers of all time are Elvis Presley and Jerry Lee Lewis.  But not many people know the songs that made them famous were written by Otis Blackwell.  Born in Brooklyn in 1931, Blackwell tried to become a singer. That didn’t work so he settled for songwriting. At that he was a smashing success. His song “Don’t be Cruel” was snapped up by Elvis Presley and the song spent seven weeks at Number 1 in 1956. The next year “Great Balls of Fire” sung by Jerry Lee Lewis sold one million copies in its first week and today it is one of the best-selling singles in music history. Blackwell wrote more than a thousand songs which sold more than 200 million copies. Those songs included “Return to Sender,” “Breathless,” “Handyman” and “Fever.”  Legend has it Blackwell was challenged to write a song about a bottle of Pepsi which had been dropped and was fizzing.  He did and the song hit Number One on April 13, 1957 – and stayed there for eight weeks.  The song?  “All Shook Up.”