Some ideas have “Bad News” written all over them 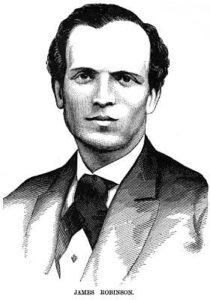 One fateful day in the 1870s, the James Robinson Circus traveled to Middleton, Missouri.  As was usual in those days, the circus made a parade circuit around town.  To drum up business, management told the circus band to ride on top of the lion’s cage and perform as the circus made its circuit. The band told Robinson this was not a good idea as the top of the cage was probably not strong enough to support ten men and their instruments.  Management disagreed and the band mounted the lion’s wagon.  All was going well until the driver of the wagon tangled the reins and the horses took off at a gallop.  But they did not gallop long. The wagon hit a large rock and the jarring motion – along with the weight of band – caused the roof of the lion’s cage to collapse.  Seven members of the band fell into the lion’s cage. Four were killed and three were badly mauled before they were pulled out of the lion’s cage.