Frederick William I, King of Prussia 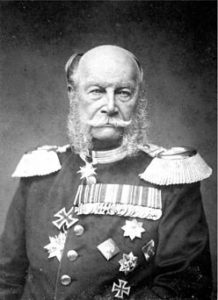 As part of his duties as King of Prussia, Frederick William I, King of Prussia, (1688-1740), went to a prison in Potsdam to hear petitions for pardons. One after another the inmates came into his presence and told the king how they were innocent of any crime and were in prison because the judge had been prejudiced, witnesses had lied or their lawyers were incompetent. Cell by cell the king proceeded through the prison listening to tale of woe, disaster and prejudice. He came to one cell where the prisoner had nothing to say.

“Well, I suppose you are innocent too,” asked the king with a smile.

“No, your Majesty,” replied the prisoner. “I am guilty and richly deserve what I got.”

“Here, turnkey,” yelled the king. “Come and get rid of this rascal quick before he corrupts this fine lot of innocent people that you are responsible for!”